Flattering and deceptive at Tottenham Hotspur.

One step forward, one step back, one step to the side.

No-one can win every game. Yes, we’ve played our first three league games on the road, but I can’t help but feel that given we won the first of those at Arsenal, then we should be disappointed to add just one further point to our total from the games at Burnley and Spurs.

A strong showing and a strong line-up at Burton Albion and now a point at Spurs. A point at Spurs in a game we really should have won. That’s two out of the seven sides to have finished above us last season already faced down away from home. Chelsea next on our travels. Home comforts to get reacquainted with before that though. The reigning champions are coming to Anfield after the international break. 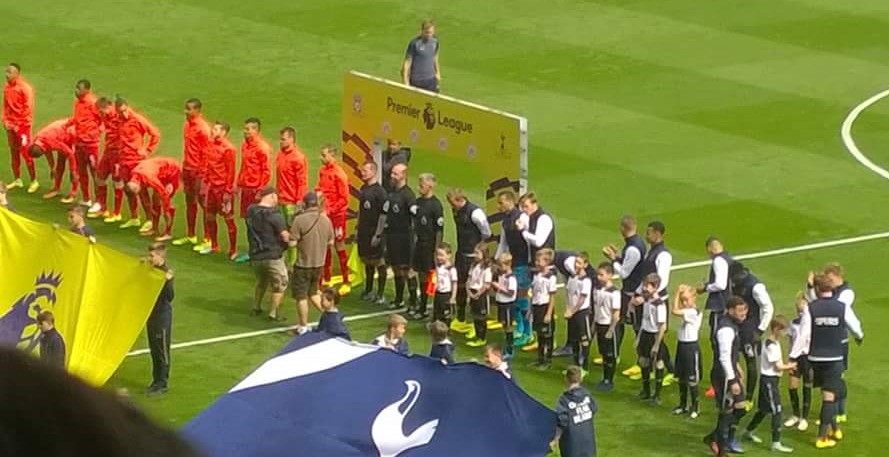 Prepare for their fans to be obnoxious about it too. Especially if they come armed with ‘clappers’.
References to us ever having won the Premier League and having a laugh about the Champions League a certainty. Don’t say I didn’t warn you.

Simon Mignolet. One great save at his near post, a save performed when there seemed a very real possibility of him colliding with his right-hand goalpost. One goal conceded at his near post while turning his face away from the incoming effort. Flattering and deceiving.

Saido Mane looks like he has a horrible streak in him on the quiet. There is a look in his eye, there is spikey aura and a defined edge to his body language. He’s going to upset opposing defenders. He’s going to provoke mistakes and make defenders lash out. This is a pleasing development. Mane looks like a man who could subdue a dangerous dog. Mane looks like a man who could wrestle a lion. He’ll get himself sent off at some point. It could have been at White Hart Lane. An inoffensive yellow card clocked up, but then a further foul that looked more of a yellow than the yellow he actually got. Flattering and deceiving.

Joel Matip looks like a defender. Flattering, but is he deceiving? A promising day of work alongside Dejan Lovren, the very master of flatteringly deceptive defending. Maybe shipping Mamadou Sakho out isn’t as outlandish a suggestion as it initially appears.

As a work in progress we remain a mystery, wrapped in a riddle, inside an enigma.

James Milner once again looked composed at left back. Michel Vorm also looked decent when out of position at right back for Spurs, twice dispossessing Mane with expertly timed tackles. For some reds, Milner will never do anything other than flatter to deceive. Nathanial Clyne deceived at Burnley, but widely flattered at White Hart Lane.
Blindsided.

There’s always that one player who sits in your blind-spot. That player where others stroke their invisible beard and declare they can see what they offer, when you can’t.
Adam Lallana certainly flatters to deceive. Loads of us preach this particular mantra and that annoys me as much for what you feel is the under-performance of what should be a very good footballer, as it does that I seem to be ‘part of the herd’ on something for a change. For someone who is fiercely converse to most popular conceptions, this stings.
Roberto Firmino and Philippe Coutinho flatter on a regular basis, but are both capable of periods of deception. Down-time for them tends to be down time for the team in general. When Firmino and Coutinho win, we all win is probably more accurate than ‘when Liverpool win, we all win’.

Tottenham Hotspur are a very good team. They will destroy better teams than us at home this season. We should have beat them though. The final result deceived. It was right and very promising to feel disappointed not to win.

Anfield finally comes into play after the international break. We need to start making our results flatter, otherwise any designs on a title challenge will drift away quickly. European campaigns start soon and that gives us an advantage against our rivals. Let’s not be chasing shadows before a marked advantage kicks in.
Our next two league games will set the tone for the rest of the season to come. Both need to be statements of intent.

4 thoughts on “The flattering deception of Liverpool FC”