Belligerence in the face of disharmony is an art-form.

Jeremy Corbyn probably isn’t going to be the Prime Minister of this disjointed nation of ours, but he might just ensure that when Labour do return to power, it might just do so with its most socialist sympathetic Prime Minister since Harold Wilson.

It isn’t always about winning in the shortest time possible, but laying a new structure which is designed to make the eventual pay-off one that really matters, a pay-off that truly counts.
We live in an entirely predictable nation. Patterns, long since cast in stone which will insist upon being adhered to.

If governments aren’t ousted during periods of volatility, then the electorate finally reaches a point where it decides they’ve given the incumbent government long enough time to break their particular brand of promises. The sand is trickling away and the Tories will eventually be dislodged. It might be a decade from now, but they will be swept from power one day in the not too distant future. Corbyn winning the Labour leadership contest once again means that there is a far better chance that the next Labour Prime Minister will not come from the Tony Blair school of thought and inaction. Left leaning Labour has a found its voice and power will eventually, inevitably fall from Tory hands. When Labour catch that power, it will do so with softer hands than it did in 1997. 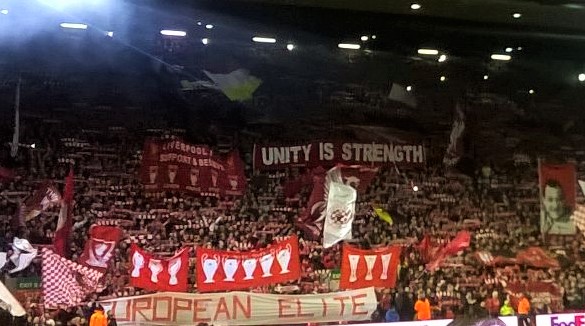 Belligerence in the face of disharmony is an art-form.

Mamadou Sakho was advised by Jürgen Klopp to find another club for the 2016-17 season, as he wouldn’t be getting a game at Liverpool.

Sakho isn’t getting a game at Liverpool, so he’s taken to social media to have a not particularly subtle moan about his situation. He’s not too good at the art-form of belligerence.
Belligerence in the face of disharmony is an art-form.

Jürgen Klopp is very good at the art-form of belligerence. Ask him a stupid question and you won’t get a stupid answer. You just won’t get an answer at all.
Liverpool FC are cyclical.

Rise up, self-destruct, lick wounds, regenerate, then rise again. This has been the way for a quarter of a century, through Roy Evans, Gerard Houllier, Rafael Benitez, Brendan Rodgers and now here we are at Jürgen Klopp.

We are currently witnessing the ‘rise again’ part of the wheel that turns. Biggest indicator? No one talks about Luis Suarez anymore. We talk of Philippe Coutinho, we talk of Sadio Mane, we talk of Roberto Firmino, we even talk of Adam Lallana. Adam. Lallana.

James Milner is a dead-eyed ‘penalty specialist’ from a full-back position. Very Phil Neal of him. The first of those penalties seemed to owe an assist to the wonderful Gerry McIver.

Belligerence in the face of harmony is an art-form.

A new manager takes over a football club mid-way through a campaign and he watches his first game from the stands, in the name of taking a ‘watching brief’ and in doing so absolving himself from responsibility for the outcome, by allowing the outgoing caretaker manager to take the team. Just roll your sleeves up and get on with it. Jürgen Klopp didn’t take a ‘watching brief’ at White Hart Lane last October, he rolled his sleeves up and got on with it.

A new signing comes in and is billed as the great new hope for a football club. Expectation among the support is high and they excitedly click through the turnstiles in anticipation of his debut. The line-ups are read out over the tannoy-system and he’s been named as a substitute. Immediately deflating. Just throw him a shirt and let him play.

Loris Karius was thrown the goalkeepers shirt. It’s nice to see an actual ‘number 1’ in goal, rather than a number 22, or a 25.

Brave, bold, confident. This is the new and blossoming Liverpool FC. Fine goals from Lallana, Mane and Coutinho and confident penalties from Milner. Decisive team selections from the manager.
Jürgen Klopp, a man in control.

Jeremy Corbyn, a man in control?

Liverpool is a decisive city at the minute. Liverpool is looking very, very red once again.

To Swansea City we go. Let’s keep this Momentum up.

2 thoughts on “Unity Is Strength? Klopp in Control at Liverpool”